The War Game by Peter Watkins

Winner of the Academy Award for Best Documentary Feature, this 45 minute film envisions an escalating war between NATO and the USSR resulting a nuclear attack on Great Britain.
Originally written for the British Broadcasting Company, the film was deemed too provocative by the BBC.

After the film we’ll hear brief remarks on what you can do by Dr. Ira Helfand and take questions from the audience. 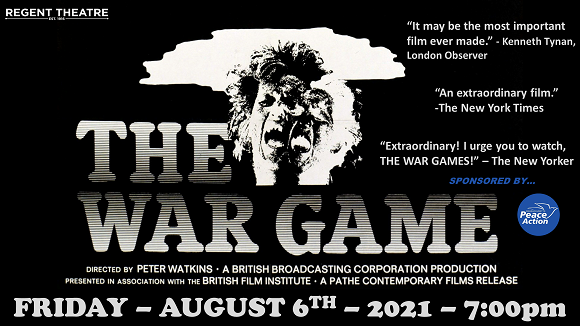 Co-Sponsors of the screening are…

Watertown Citizens for Peace, Justice, and the Environment

To join the list of cosponsors please write to: info@masspeaceaction.org